More than just a place to enjoy golf, Brook-Lea Country Club is one of Rochester’s most comfortable and affordable clubs. The renovation to the club completed in Spring, 2000 has provided the membership a state-of-the-art entertainment hub for the camaraderie Brook-Lea is known for. It also provides an ideal setting for weddings, which are hosted regularly throughout the year, with some prime dates open for non-members to host their event. With seating from 2 – 200, Brook-Lea is uniquely positioned to host elegant events of any size.

Our experienced clubhouse staff would like to hear from you about how we can make your special event perfect. 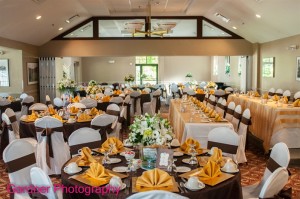 The clubhouse has four primary rooms that can be used for events. Each room may have a different capacity, but each is beautifully decorated with stunning views.

For more formal dining The Hastings Room is available. The Hastings Room has arched ceilings and the walls are adorned with paintings from some of the famous golf courses in the world. The room can comfortably seat 100 people. Windows look out onto the 10th hole, the 18th hole and in the distance the 13th hole. A perfect spot to gaze over the course while enjoying an intimate dining experience.

The Windsor Room is a members-only room highlighted by a horseshoe-shaped Bar. It is a great place to relax after golf or entertain your friends and business acquaintances. There is informal dining and five televisions for the members enjoyment. The walls are adorned with the original 18 green designs and golf balls from other Donald Ross designed golf courses.

The banquet room can seat over 200 people. It has an area set aside for private bars, buffets and bands. There is a dance floor area and attached deck where you can go outside to enjoy the picturesque views. The room has been used for weddings, showers, members events, trade shows, business meetings and many more parties.

The Library is across from the main front foyer as you enter the Brook-Lea clubhouse. The room is highlighted by a marble fireplace on the wall facing the foyer. Around the library you see a variety of historical items celebrating Brook-Lea’s glorious past. There are albums in the various bookcases and wall pictures which reflect the years gone by. The Library is a room for reflection and a place to host and enjoy your fellow members and guests. 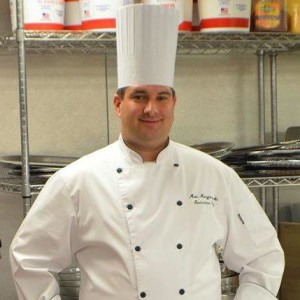 During his four years at Nazareth College he served as Sous Chef for the student population and Matt also became responsible for banquets and catering. Not only were there in-house activities, but also off-site functions at Professor’s homes and the Presidents VIP function. Over $4,000,000 in sales were generated on a yearly basis at Nazareth. When Parkhurst Dining lost the Nazareth College account, Matt was offered another position within their company in Pittsburgh, he opted to remain in his hometown of Rochester.

Matt spent a year time working in a large downtown Rochester hotel, as the Banquet Sous Chef, during his time there he also took over the restaurant of the hotel.

In 2009, he was hired here at Brook-Lea, where he has continued to finesse his self-taught skills. An avid reader of cook books, and viewer of cooking shows, he enjoys trying new foods and flavors, and focuses on presentation, taste and consistency. As Executive Chef, Matt’s demeanor has helped him to develop a fine crew in our kitchen, each one brings different talents to the team.

He is an active member of the American Culinary Federation and holds a Serve Safe certification. 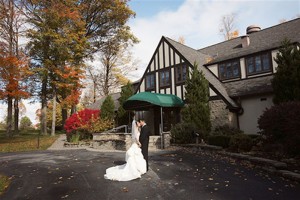 Brook-Lea Country Club’s banquet facilities are available for use by the membership and for a limited number of non-member events. The entire staff of Brook-Lea CC is eager to help in every way possible to make your wedding, meeting or event spectacular. Our menus have been designed to offer a wide range of prices while maintaining the highest standard of quality. Our experienced event planners can assist you in all facets of event development.

Ready to learn more about your options for hosting your wedding, private party, or other special event with us?